Atmire Get in touch Updates & articles Erik's values, our values

With great sadness we learned that Erik Duval has passed away. Erik was a mentor to our cofounders Lieven Droogmans, Ben Bosman and Bram Luyten during their masters and later employment at K.U. Leuven. He was an important source of inspiration that led to the creation of our company. Erik voluntarily served on our board for almost ten years. 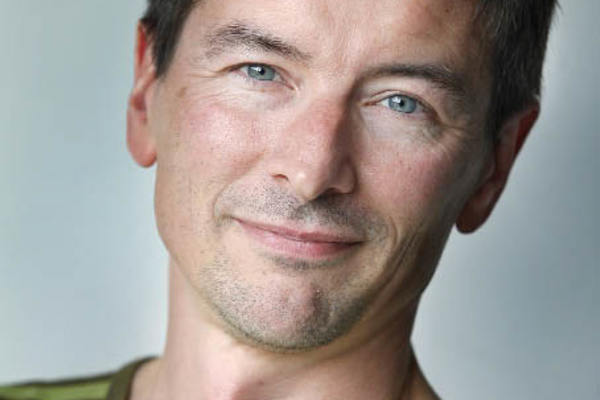 Today we stand still and reflect on the values that Erik embodied and that lie at the very foundations of our company and the way we do business.

During our first weeks in his research group, we quickly learned that everyone on Erik’s team had a seat at the table and a voice that was heard. No matter if you were a master student, a teaching assistant or a post doc researcher with years of tenure: your opinion was important.

Erik was not into micro management. On his team, you had a set of responsibilities and he was available for feedback. There was no time sheeting, no big brother overwatch, but a foundation of trust in his team members and students. He wouldn’t force his opinion, and it was up to you to step up to him for questions or advice.

A funny thing happens when you give people responsibility, they start acting responsible.

He didn’t need to force us to achieve great results: because he led by example, everyone was aiming high. Erik was just not someone you wanted to let down.

The energy and optimism that Erik radiated were unique. Whenever there was a setback, a failure or when mistakes were made, Erik challenged us to take a step back, observe, learn and move on.

He didn’t play the blame game. He never complained.

When we were still down in the gutter, he already thought of several alternatives.

It was hard to keep up with Erik. In every meeting, he had new approaches, new frameworks and the latest trends. In one Atmire board meeting he urged us to take a look at that “Twitter thing”, because he was convinced it was going to be more than a shallow platform to say “good morning” or show off your food.

He kept inspiring us to push on, to move on, to keep fighting the status quo.

Erik taught us that no matter how fast or good your algorithm is, people aren’t going to use it if the interfaces aren’t clear and appealing. UX has to be on the forefront and not an afterthought when you put together new solutions.

Erik will be greatly missed by all who knew him. It is now up to us to ensure we hold his values high and to keep his spirit alive in our hearts and organizations.

Extended response times on Atmire services, with the exception of Platinum Support, apply on following holidays. In case you explicitly require services during these days, contact your Atmire representative.

The long awaited and much anticipated DSpace 7.0 is now available. This release introduces a brand new (Angular) UI which brings together the best of both the JSPUI and XMLUI worlds. All the features you've come to expect from DSpace are re-imagined and re-implemented. This new UI is also backed by a brand new REST API, which opens all data and features to the web, allowing DSpace to integrate or interact with external systems/services like never before. This release brings the entire user community under a single UI, allowing us to move more quickly together.